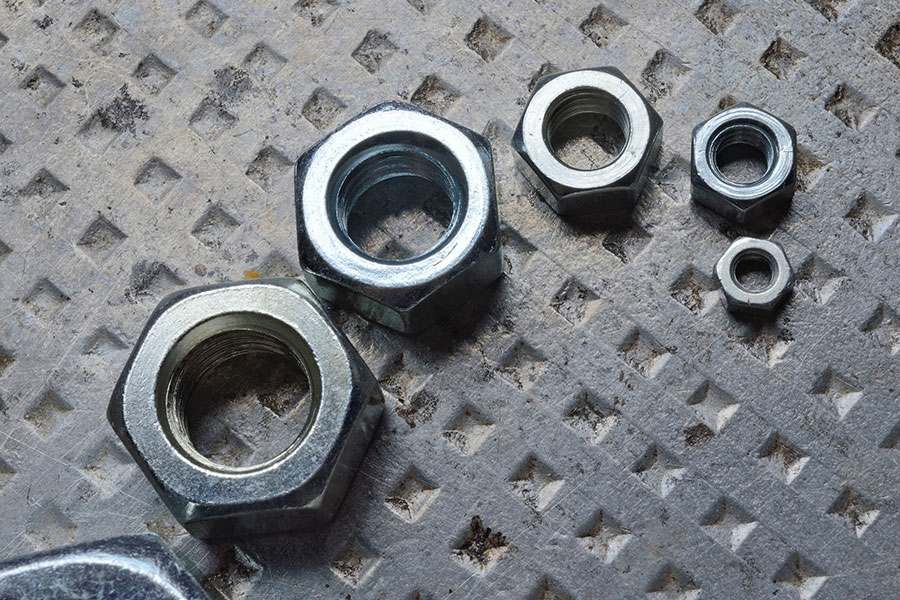 It is believed the manufacturing of nuts was first developed in the 1500’s in France, and were mostly used in the building of carriages and sleighs. Initially nuts were hand made by the local blacksmith in a square format. It wasn’t until the early 1800’s when an American company first developed a nut and bolt making machine that nuts were mass produced.

Whilst the square nut served its purpose admirably and is still in production today, it had its limitations, especially in hard to get to places, hence the introduction of the hex head nut. The hex nut has 6 sides with 3 pairs of parallel faces. When tightening a nut in a confined space, the wrench can be placed over any pair of faces, tightened with limited rotation and moved on to the next pair of facings with the procedure continued until the nut is tight.

The hex nut is still today the most commonly used nut in the fasteners trade.